Cold cuts are slices of precooked or cured meat. Their pre-cooked nature makes them great for preparing dishes like sandwiches. They are also known as cold meats, lunch meats, and deli meats, and they can be served hot or cold on sandwiches. There is a wide range of types of cold cut sandwiches you can pick from which are inspired by the different kinds of cold cut meats.

Countries such as Italy, France, and Germany have a wide range of cold cut meats that you can adopt to offer yourself more options and savor different tastes. Here is a look at the main types of cold cut sandwiches you should try out. 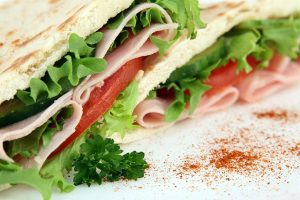 Beef is the most common form of cold meat, and it is used for most sandwiches. It is usually either roast beef, most of the time, leftovers from the main meal, corned beef, pastrami, and rauchfleisch. Pastrami is a seasoned and dry-cured beef cold-cut. Corned beef tastes a bit like pastrami, but it is prepared differently. It is made from beef brisket and then cured by salt and spices. Rauchfleisch is made from thinly sliced smoked fish.

Ham cold cuts are also common and in a range of varieties. Honey and sugar are used as curatives in most American hams. There is black forest ham, which originates from Germany and it is both smoked and dry-cured. There is also the Italian prosciutto, which is dry-cured salted meat that makes thin slices for sandwiches. Prosciutto is similar to the French ham Bayonne, and German variety is known as Westphalian.

The third most common cold cut meat for sandwiches is salami. It is made from a mix of beef and pork, which are then cured by garlic and other spices. There are also several salami varieties. For example, Genoa salami is air-dried, making it hard while Cotto salamis are softer since they are cooked. There is another variant from Italy that consists of fatty pieces of pork, which are seasoned by peppercorns.

Turkey is the most popular poultry used to create cold cut sandwiches and while the chicken is also used. They are usually cured by honey, steam and then oven-baked. They can smoke flavored by adding artificial smoke flavors, or they have been roasted in the presence of smoke. Poultry can also be treated like beef and pork to have turkey ham and bologna.

Bierwurst is rich flavored meat from Germany with a garlic taste and deep red. It is season by mustard seeds, paprika, and black peppercorns. It is then partially cured and can be used for sandwiches or made into sausages and further cured.

Another delicious cold cut beef for your sandwich is meatloaf, which is made from ground meat mixed with other ingredients. The meat is then ground or smoked.

Forcemeats is a combination of lean meat ground together with fat and then pureed and sieved. Once prepared, they can be made into sausages or cut for a sandwich. When flavored with garlic and smoked, the meat is known as mortadella.

You do not have to limit yourself to just ham and beef when it comes to different types of cold cut sandwiches. There is a wide range of flavors and textures to pick from for your sandwiches.